‘Black is beautiful’ is a line synonymous with fashion. But who thought that an inanimate object in Mumbai will bag the tag. But that’s what has happened with the office of Da Makeup Lab; touted as India’s first hair, makeup and prosthetic lab.

Emerging a landmark in the heart of Bollywood in the posh locality of Versova, Andheri, Mumbai, this four-storied imposing black building with coloured dots and huge face murals painted on it, has become a centre of attraction for many. So much so that passersby not only take pictures of it, but often stand opposite it to take selfies with it in the background. Yes, you got that right — selfies with a building. 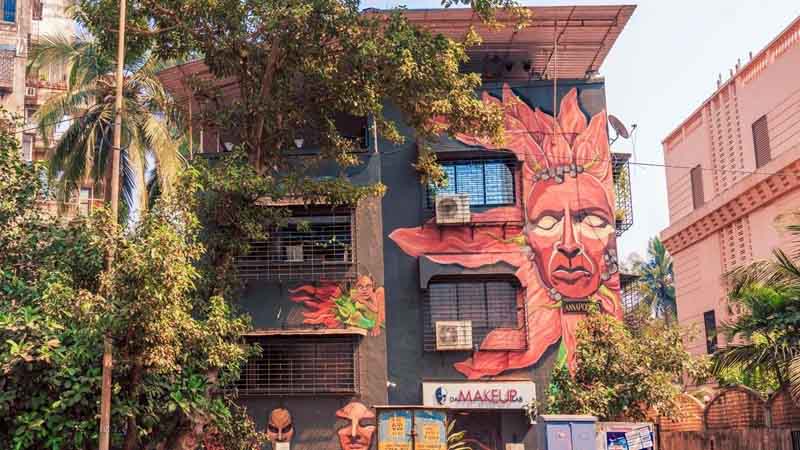 As for the lab itself, it is buzzing with activity throughout the year, with the company being owned by Preetisheel Singh D’souza and her husband-partner Mark D’souza. While Mark takes care of the business, Preetisheel looks at the creatives, constructing astonishing character designs for a plethora of films including Bajirao Mastani, Padmaavat, Haider, 102 Not Out, Chhichhore, Housefull 4, Thackeray, Bala and the upcoming Gangubai Kathiawadi.

Meanwhile, the beautiful black landmark building stands tall at Versova main road and keeps amusing everyone. We won’t say, ‘don’t miss spotting it,’ because if you happen to be in that part of Mumbai, there’s no way you can miss it.

YouTuber Bhuvan Bam expresses grief over demise of his parents