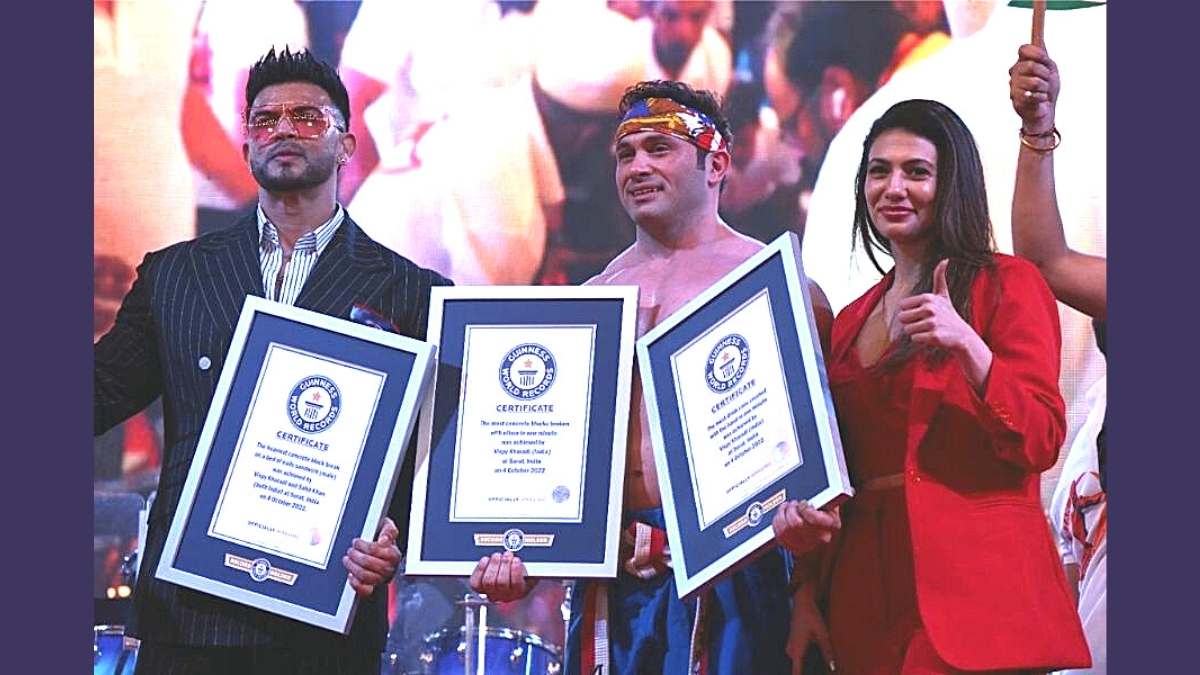 The noted martial artist already had seven Guinness World Records and now takes the number to 10.

Multiple Guinness Record holder and one of the best-known exponents of martial arts in the country Vispy Kharadi, who has brought global fame to India, has once again rewritten the record books with not just one or two but three Guinness World Records. Vispy broke an 11-year-old Guinness World Record at the Sarsana dome in Surat on Wednesday and also created two more world records, both of them a first.

The first world record was crushing the maximum number of drink cans, 84 tins, with hands in a minute. The previous Guinness World Record was in the name of Muhamed Kahrimanovic, who had crushed 74 tins with his hands in a minute in 2011. 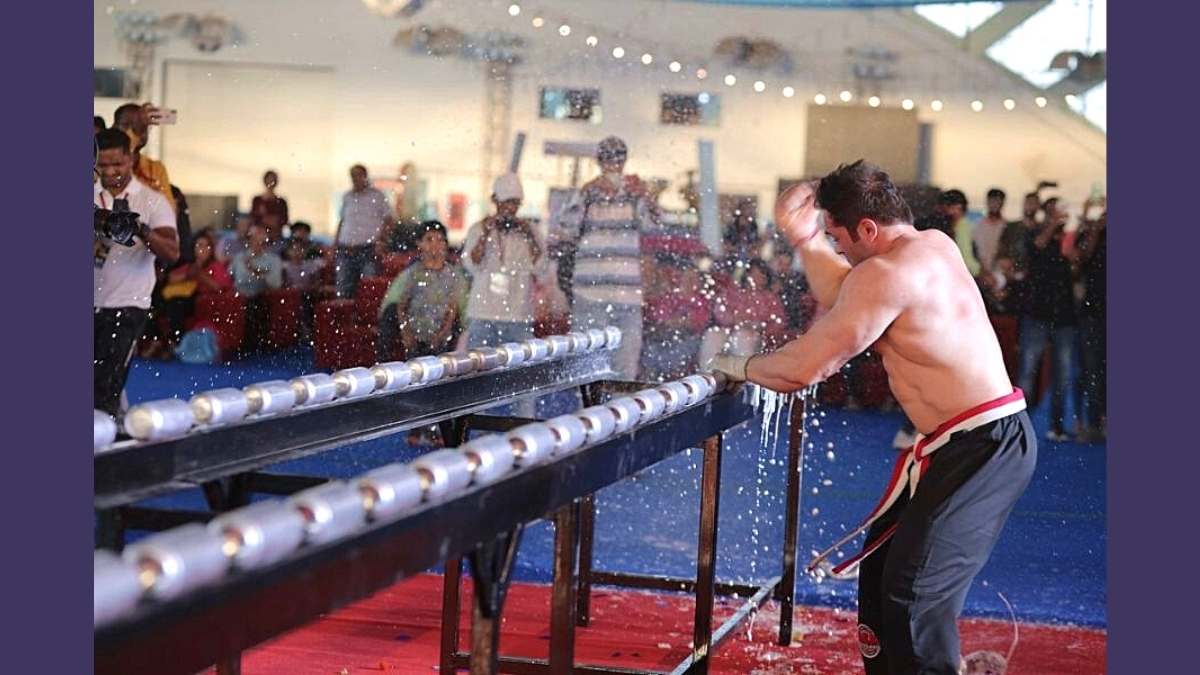 The third Guinness World Record was for the heaviest concrete blocks broken on a bed of nails sandwich. The record bid required Vispy to be sandwiched between a bed of nails. A 525-kg block was then placed above him, which was broken with a hammer by youth and fitness icon Sahil Khan. The dangerous stunt did not have any time limit.

It is noteworthy that barring the record of crushing the drink cans, the other two records have not been attempted earlier. The Guinness Book of World Records permitted the stunt by looking at Vispy’s physical toughness.

Sahil Khan is an actor, a fitness trainer, and an entrepreneur who has won numerous awards in the field of fitness. He is also a popular YouTuber and has more than 2.8 million subscribers.

Vispy Kharadi is a proponent of martial arts and Kudo. He holds a black belt in different types of martial arts and is also an expert in Krav Maga. He has also given fitness and strength training to BSF and NSG commandos in armed and unarmed combat and as a Krav Maga trainer. He is also a nutritionist. (NF/PNN)